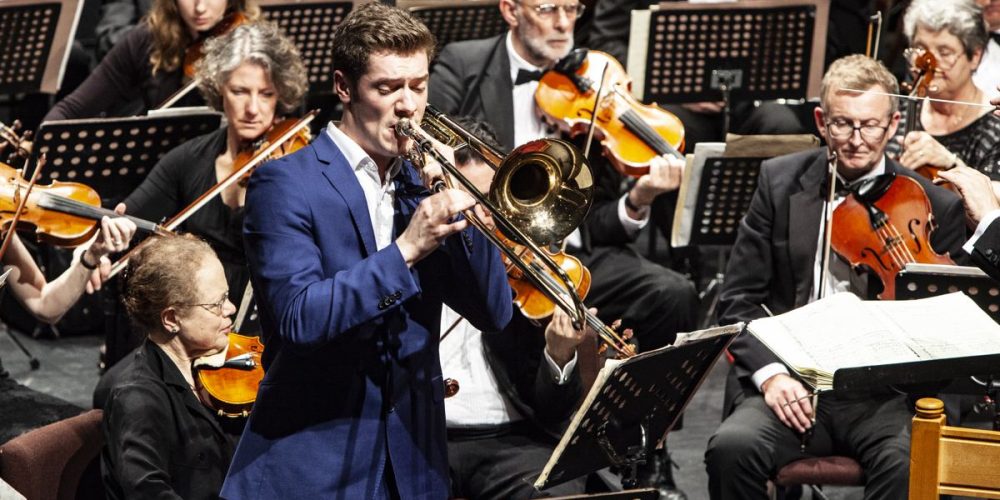 Internationally renowned trombonist Peter Moore was the soloist for the latest concert given by the Isle of Wight Symphony Orchestra. In great demand across the world, Peter managed to find a space in his busy diary to perform the Symphony for Trombone by Ernest Bloch at the concert. This demanding work for both soloist and orchestra concluded the first half of the varied programme. Peter gave a flawless performance which was appreciated by the sell out audience.

Earlier in the concert the orchestra had performed the little heard “Outdoor Overture” by Aaron Copland (which featured a wonderful trumpet solo played by Gareth Balch) and the more well known “Ritual Fire Dance” by Manuel de Falla.

After the interval there was just the one work, the epic first symphony by Edward Elgar. This work is large in all proportions. It lasts for about an hour and calls for a very large orchestra (including 2 harps). The performers in the orchestra get very little rest or respite during the performance so stamina is needed by all. The IWSO gave a wonderful rendition of the work which was met with great enthusiasm by the audience.

This was the twelfth consecutive sell out concert given by the orchestra and the remaining two concerts in the season look to be going the same way. So if you have not got your tickets for the concert on May 18th, don’t leave it too long or you will be disappointed! 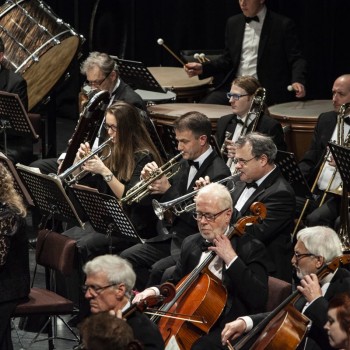 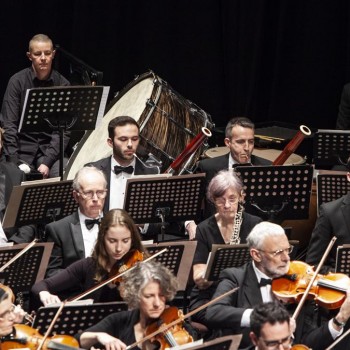 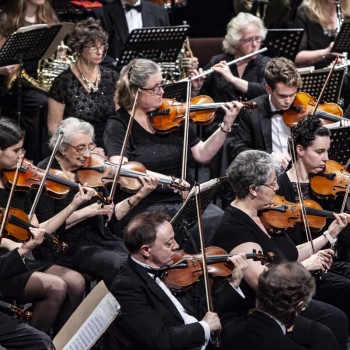 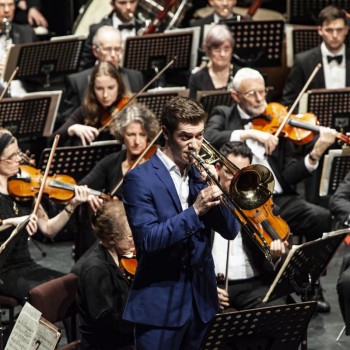 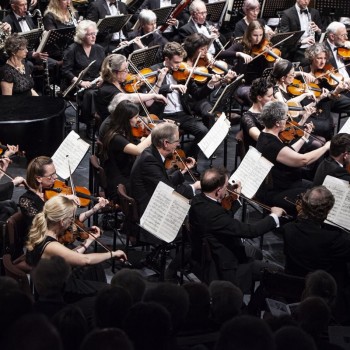 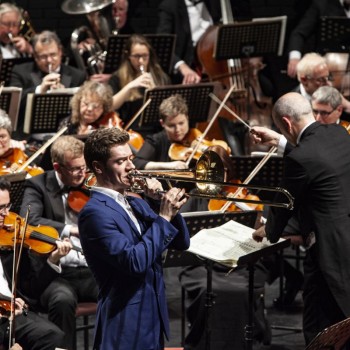 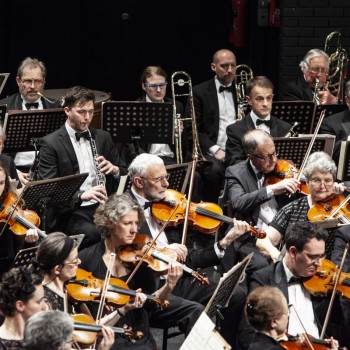 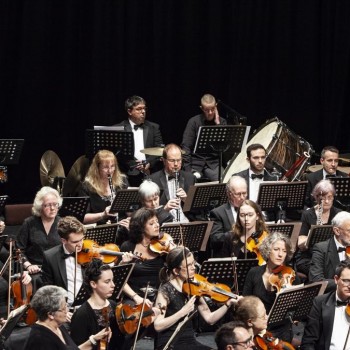 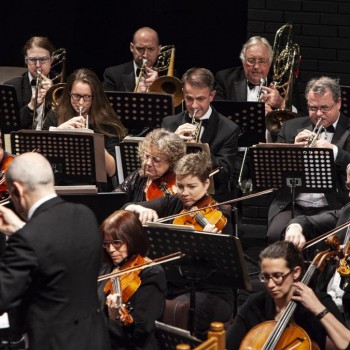 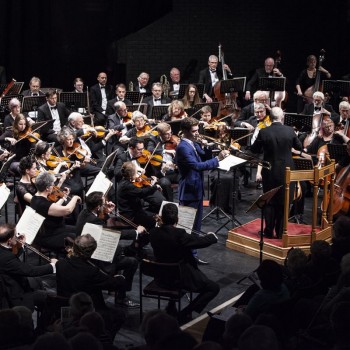