The Isle of Wight Symphony Orchestra (IWSO) has been proud to present a regular programme of classical orchestral music, from its home venue at Medina Theatre in Newport, for over 40 years. We are very much looking forward to another season of live performances in 2022/3, and we would like to thank friends and followers once again for their continued support.

This season will feature yet more fantastic repertoire including A London Symphony by Ralph Vaughan Williams, Pyotr Tchaikovsky’s 3rd Symphony, Jean Sibelius’ 2nd Symphony, Nikolai Rimsky-Korsakov’s suite Scheherazade and Leonard Bernstein’s Symphonic Dances from West Side Story. Our featured soloists will be performing some classic repertoire including Antonin Dvořák’s Cello Concerto and Sergei Rachmaninov’s Piano Concerto No.2, alongside works that may be new to our audience such as Alexander Glazunov’s Violin Concerto and Richard Strauss’ Oboe Concerto. Orchestral heavyweights Dmitri Shostakovich, Franz Liszt, Maurice Ravel, Johannes Brahms and Benjamin Britten are featured alongside composers often associated with music of a lighter nature including Malcolm Arnold, Eric Coates and Johann Strauss II. This season we will also feature music from a leading contemporary British composer, Jonathan Dove, for the first time.

Under the musical direction of Jonathan Butcher and with the ongoing support of our major sponsor WightLink, the Isle of Wight Symphony Orchestra continues to provide a vital part of the Island’s cultural life with performances regularly sold out. Please look at our season ticket offer in order to guarantee your seat and get one concert in each season for free!

In November we welcome the return of Richard Harwood, principal cellist of the Royal Philharmonic Orchestra as our soloist in Dvořák’s Cello Concerto. The season kicks off with Shostakovich’s high-spirited Festive Overture and the evening culminates in Vaughan Williams’ A London Symphony, which we are performing as part of RVW150—a year-long celebration of the 150th anniversary of the composer’s birth.

Our January concert will feature young talent both on the rostrum and as soloist. The IWSO welcomes the versatile James Thomas as guest conductor, while our featured soloist will be Thomas Luke and, at just 18, he is already an outstanding talent with quite remarkable musicality. Thomas was keyboard finalist in the 2020 BBC Young Musician of the Year and will be playing Rachmaninov’s Piano Concerto No.2, one of the greatest works in the repertoire. After the interval we bring you Sibelius’ Symphony No.2.

After his truly virtuosic rendition of Coleridge-Taylor’s Violin Concerto last season, March will see the much anticipated return of Charlie Lovell-Jones when he will perform Glazunov’s exciting Violin Concerto. Post interval brings Rimsky-Korsakov’s suite Scheherazade, inspired by the major character and storyteller in the Middle Eastern collection of tales known as “One Thousand and One Nights”.

Our May concert, restored to the regular Saturday evening slot, brings a new soloist to an IWSO concert in oboist Fergus McCready. He will be performing Richard Strauss’ Oboe Concerto, one of the composer’s last works. Alongside Brahms’ St. Anthony Variations we will also perform Tchaikovsky’s 3rd Symphony which is cheerful, boisterous and even balletic, as it was composed around the same time as Swan Lake.

We round the season off with our July extravaganza, featuring a host of orchestral favourites, as well as some less familiar work, including the music of two British titans, Benjamin Britten and Jonathan Dove. There is also music from perhaps the most iconic musicals of all time, as we play the Symphonic Dances from West Side Story, a contemporary interpretation of Romeo & Juliet. 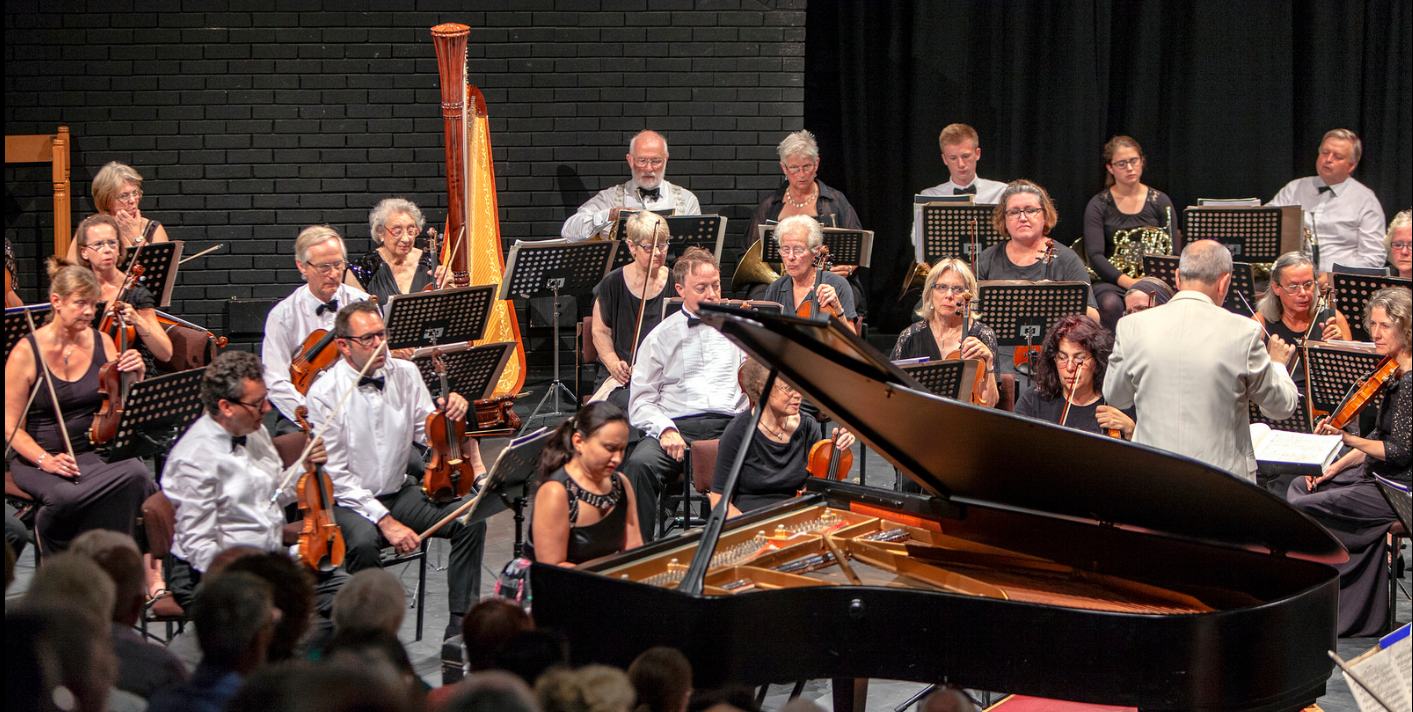 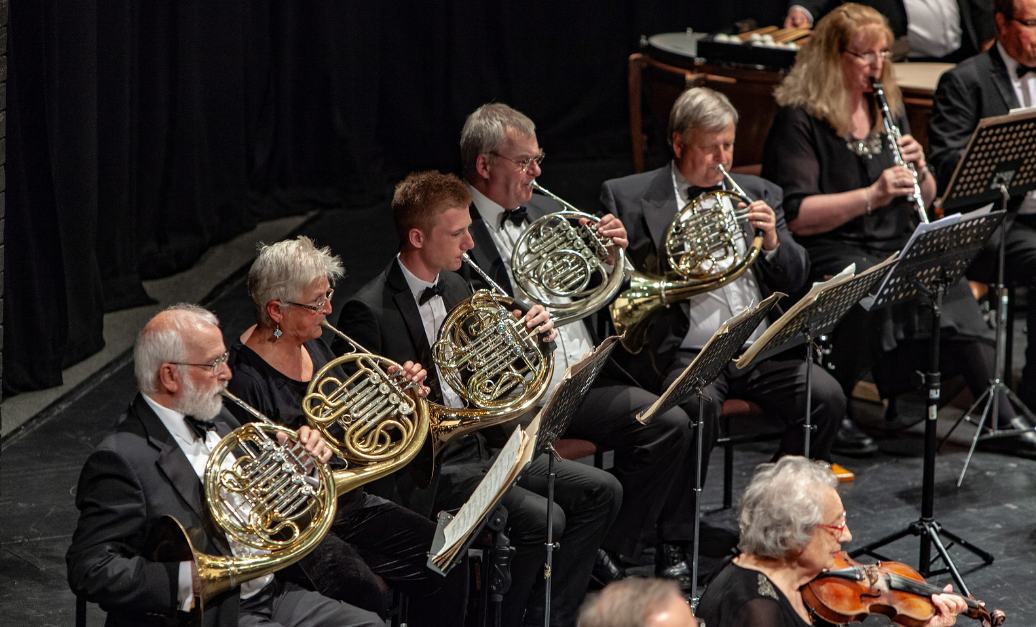 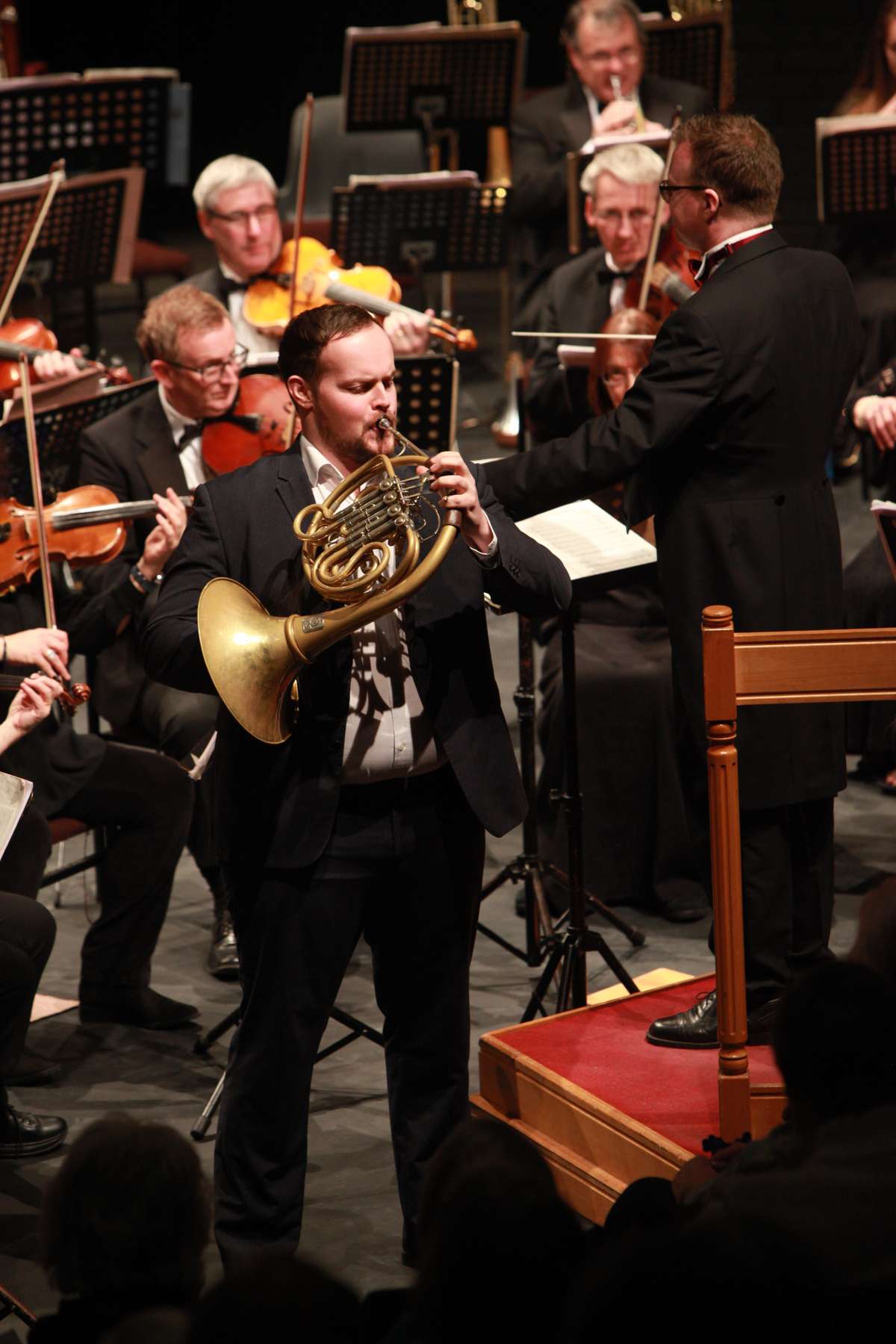 The Isle of Wight Symphony Orchestras upcoming season will be filled, once again, with an exciting selection of wonderful music. The opening concert (19th November) will feature Vaughan Williams magnificent A London Symphony, played as part of RVW150.

In January there is a chance to hear the talented pianist Thomas Luke, performing with us for the first time. Our Spring concert features the wonderful Scheherazade and in May another first-time soloist, Fergus McCready, will play Strauss Oboe Concerto. Our season is rounded off in July with Bernstein’s effervescent West Side Story.

Festive Overture – Dmitri Shostakovitch Cello Concerto in B minor – Antonin Dvořák Soloist: Richard Harwood A London Symphony – Ralph Vaughan Williams The season kicks off with Shostakovich’s high-spirited Festive Overture, a buoyant six-minute curtain-raiser that was composed in just two days! Written about a year after the death of Stalin, this is not the dull grey music of socialist oppression but a brilliant effervescent work that moves from its portentous opening to its bubbling Presto with ease. Our guest soloist, Richard Harwood, makes a welcome the return to perform Dvořák’s Cello Concerto. Since he last played with us Richard has become principal cellist of the Royal Philharmonic Orchestra. The concerto is one of the classics or the repertoire and was written 1894/5 towards the end of the composer’s successful stint in the United States. In 2022 we celebrate RVW150, the 150th anniversary of the birth of one of England’s greatest composers, Ralph Vaughan Williams. A London Symphony was composed in 1913 although the score was lost and had to be reconstructed from a set of parts. The composer revised the score substantially in 1920, and then again in 1934. The suggestion that the composer write a symphony on […]

Guest conductor: James Thomas Overture to Hänsel & Gretel Englebert Humperdinck Piano Concerto No.2 in C minor Sergei Rachmaninov Soloist: Thomas Luke Symphony No.2 in D Jean Sibelius Humperdinck was asked by his sister, Adelheid, to write four songs for her children’s holiday puppet show, based on her own adaptation of the Brothers Grimm fairy tale, Hänsel und Gretel. Humperdinck went on to create an entire opera, and the conductor at the premiere was none other than Richard Strauss. It quickly became a beloved Christmas family tradition in Europe, similar to Tchaikovsky’s Nutcracker. The young pianist Thomas Luke is no stranger to Isle of Wight concert-goers, and was the winner of the piano final of the 2020 BBC Young Musician competition. Widely praised for his exceptional musicality and depth of interpretation, Thomas will be performing the Rachmaninov Piano Concerto No.2 in C minor. With guest conductor, James Thomas, at the helm the concert will culminate in Sibelius’ Symphony No.2 in D. The work is sumptuous, lyrical and powerful in equal measure. 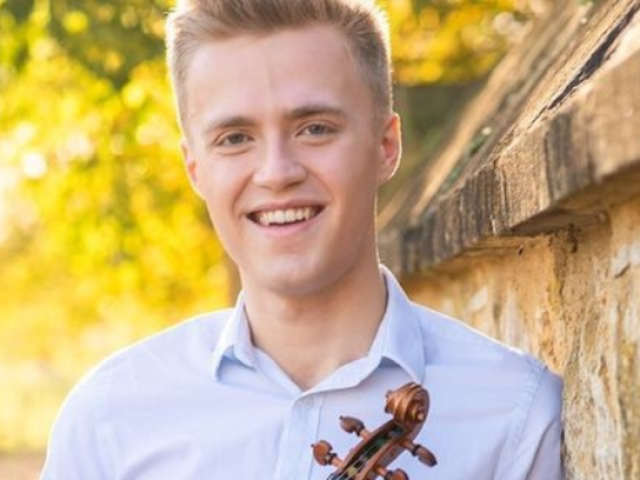 Hungarian Rhapsody No.2 Franz Liszt Pavane pour une infante défunte Maurice Ravel Violin Concerto in A minor Alexander Glazunov Soloist: Charlie Lovell-Jones Scheherazade Nikolai Rimsky-Korsakov Liszt had a strong interest in Hungarian folk music and absorbed its influences in some of his own music. The best known of his folk inspired works are the Hungarian Rhapsodies. The Hungarian Rhapsody No.2 in C minor is the best known of the set. To achieve its folk flavour, the Rhapsody is set in the form of a czárdás, a Hungarian dance that is traditionally laid out in two sections, one slow and one fast. Ravel’s Pavane pour une infant défunte was originally a piano piece. Written whilst still a student, it was dedicated to the Princesses de Polignac (previously known as Winnaretta Singer, of the sewing machine dynasty) who was known for hosting musical soirées and probably attended by Ravel himself. The orchestral version was premiered in Manchester in 1911, where the conductor was Sir Henry Wood. After Charlie Lovell-Jones’s electrifying playing in last season’s rendition of Coleridge-Taylor’s Violin Concerto it was inevitable that he would be asked to return as soon as possible. We did not have to wait long. This time […]

Looking for more events on the Isle of Wight?