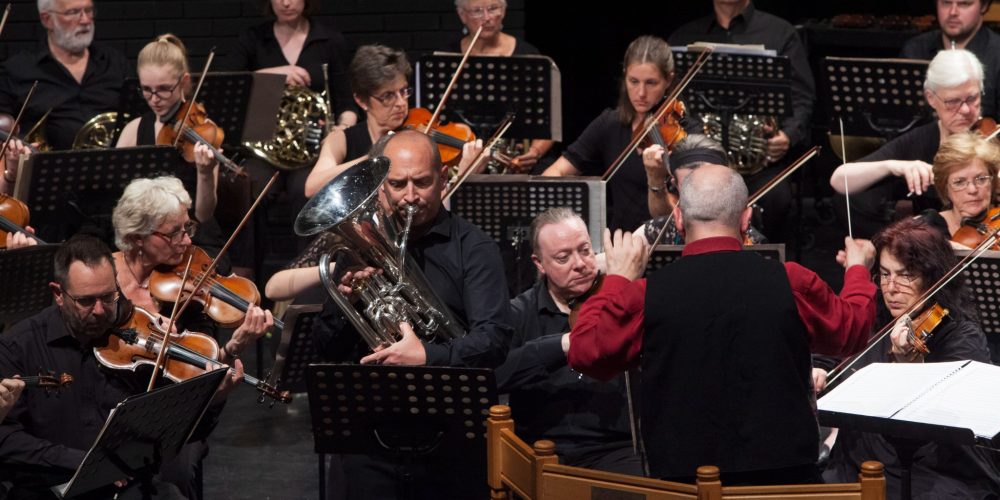 The season finale, like several years past, offers a varied selection of classical favourites plus a few items that may be new to some.

Strauss the younger’s most popular stage work, Die Feldermaus (The Bat), is best characterised as a romp – a husband sentenced to prison stops by a party on his way to jail, finds his wife in the company of an overly-attentive companion, and craziness ensures. This overture is a potpourri of several of the operetta’s principal tunes.

Sheep May Safely Graze was originally an aria from Bach’s secular Hunting Cantata. It isn’t about sheep, it’s about the subjects of one Duke Christian of Sachsen-Weissenfels, a man of big ambition and, by all accounts, an ego to match and flattering royalty never did a composer any harm.

In 1935 the young English composer Benjamin Britten started to work for the GPO Film Unit, mainly writing incidental music for promotional documentaries. For one such film, The Tocher, he took three pieces by Gioachino Rossini. Two years later he added more music to make a five-movement work full of dance rhythms he entitled Soirées Musicales.

Leonard Bernstein was a giant of American music as a concert pianist, a conductor and composer. When he was just 31 years old he was approached by Jerome Robbins to collaborate on a musical with the working title East Side Story. The project remained dormant for seven years until a young Stephen Sondheim was brought in to write the lyrics. The plot was changed and West Side Story was born. In 1961 Bernstein created a concert work based on the dance sequences.

Malcolm Arnold wrote his Little Suite No.1 was composed in 1948 for the inaugural concert of the National Youth Orchestra. The music is both grandiose and reflective and very much a pointer towards later compositions. The slow movement, originally entitled Pastoral, is a foretaste of the English Dances that would appear three years later.

Jonathan Dove is one of the UK’s leading composers. His commemorative suite A Tribute to the Queen Mother is taken from the music he wrote for a BBC film shown immediately following her death in 2002. It comprises a theme and four variations and accompanied key events in her lifetime including the birth of her children, the coronation of King George VI and her exemplary courage during the war.