In 1977 the idea for the New Isle of Wight Symphony Orchestra took shape with an enthusiastic Brian Northcott driving the enterprise.   Brian was the Head of Music at Carisbrooke High School and conducted the first concert there in 1978, with the school Deputy Head as soloist in the Piano Concerto in D Minor by Brahms.  One venture in the early years was the first Island performance of Benjamin Britten’s War Requiem in St John’s Church, Ryde.

The Orchestra was established as a regular feature of Island music life when Brian left the island in 1983, and The Isle of Wight Symphony Orchestra Society was formed.   The founding artistic directors, both former members of the Bournemouth Symphony Orchestra, were Ian Pillow, principal conductor, and Neil Courtney. Successors to Ian Pillow have included Jonathan Grieves-Smith, Peter Lipari and Jonathan Butcher.

Over the years the Orchestra has given well over 100 subscription concerts, mostly at its Medina Theatre home as well as other venues across the Island and in nearby Portsmouth. Highlights have included a broadcast on Classic FM of the Orchestra’s performance in the final concert of the inaugural Isle of Wight International Oboe Competition, as well as annual appearances at the Last Night of the Cowes Week Proms.

The Orchestra has won many plaudits for its imaginative and at times challenging programming delivered to consistently high performance standards and has been delighted to welcome as soloists many top class artistes including Julian Lloyd Webber, Freddie Kempf, Carlo Curley, Viv McLean, and Alexander Sitkovetsky.  The Orchestra is pleased to support the work of the Countess of Munster Trust giving performance opportunities to young talented musicians.

Jonathan Butcher began conducting during his teenage years and, after attending Trinity College of Music as a Junior Exhibitioner, gained a Foundation Scholarship to the Royal College of Music (RCM) in London. There he studied conducting, trumpet, piano and singing, gaining a GRSM, ARCM and LRAM. He was awarded the Sir Adrian Boult Conductor’s Prize on three successive occasions, as well as the Sir Arthur Bliss Prize. Whilst studying at the RCM with Norman Del Mar he was awarded a Leverhulme Studentship enabling him to go to the Berkshire Music Centre, Tanglewood, USA to study with Bernstein, André Previn and Seiji Ozawa.

Since then he has appeared with numerous orchestras both in England and abroad and last summer he made his German debut conducting the Bayerischer Rundfunk in Munich’s famous Gastag. He regularly works with international soloists and for twenty three years has been Artistic Director of Surrey Opera. He has conducted at all London’s major concert venues including a performance of Britten’s War Requiem at the Royal Albert Hall and Tchaikovsky’s Swan Lake for the Vienna Festival Ballet.

He has a keen interest in contemporary music and enjoys working with choirs, having conducted major oratorios including Elgar’s Dream of Gerontius in Canterbury Cathedral and Verdis Requiem at Londons Barbican Centre.

Last year Jonathan conducted a new production of Carmen touring the South West with a special visit to the Minack Open Air Theatre in Cornwall. He was engaged to conduct the National Orchestra of Malta in May and was invited back to the Lot Valley region of France in August to conduct Tosca. 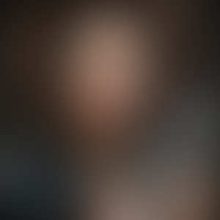 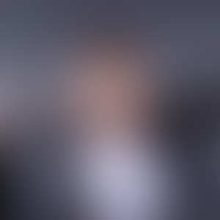 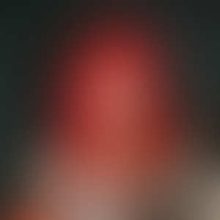